Wire Stories > Minto Communities  > Minto to build five of the mos...   > You Are Here

(July 22, 2015, Ottawa, ON) Minto Communities is excited to announce the construction of five of the most energy efficient homes in Canada, now within reach for the average homebuyer. With support from Natural Resources Canada’s ecoENERGY Innovation Initiative (ecoEII), Minto is investing in this initiative with leading residential experts in building science and energy efficiency to plan, design, and construct five zero energy homes. The homes, to be built in Kanata’s Arcadia community, are all designed to deliver Net Zero Energy (NZE) performance, meaning that they will produce as much energy as they consume on an annual basis.

The goal of the project is to take what were once one-off, high performance custom homes and make them accessible to the everyday consumer. The project was made possible with financial support and in-kind contributions from Natural Resources Canada (NRCan), Owens Corning Canada, builder partners like Minto, and the building industry.

“Minto is excited to be a part of this great partnership with Owens Corning Canada. The ecoENERGY Innovation Initiative is a natural fit for us and benefits Minto homebuyers, for whom we’ve created better and healthier communities for 60 years,” said Brent Strachan, Senior Vice President, Minto Communities.

“Minto is a leader in the Canadian homebuilding industry and has proven that it can bring exciting new high performance homes to the market. We are delighted to be partnering with Minto on this project,” said Andy Goyda, Market Development Manager at Owens Corning Canada.

Minto expects the five NZE homes in Arcadia to be completed within the next 12 months. The Killarney model home is already under construction and will be finished this fall, followed by four townhomes in in spring 2016. 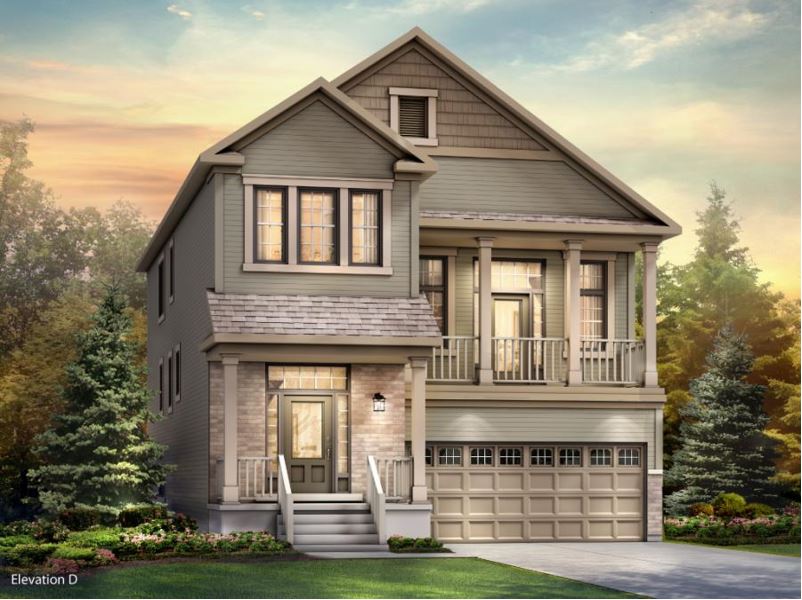 The Killarney, Minto Arcadia
Early results from Minto's Arcadia project show a 75 per cent reduction in the required energy for space heating and cooling for the NZE homes. It is expected that 30 to 40 solar photovoltaic (PV) panels on the roof of each home will allow homeowners to connect to the Ontario electricity grid and off-set electricity consumption.
This project adds to Minto’s 40 year history of building more sustainable, energy efficient homes and communities:

The efficiency of a NZE home is partly attributed to advanced insulation techniques, including the Owens Corning™ CodeBord® Air Barrier System and other high performance systems. More information about the ecoEII Owens Corning Net Zero Project can be found at http://zeroenergy.ca.


-30-
About Minto
Now in its 60th year of operations, The Minto Group is a family-owned, fully integrated home builder, construction and property management company based in Ottawa with operations in Canada and Florida.

Since 1955, The Minto Group has built more than 80,000 new homes, manages more than 17,000 residential rental homes and apartments, and carries a commercial portfolio of more than 2.5 million square feet of office, retail and industrial space.

In addition to these holdings, the company owns and operates Canada’s largest portfolio of executive furnished suites.