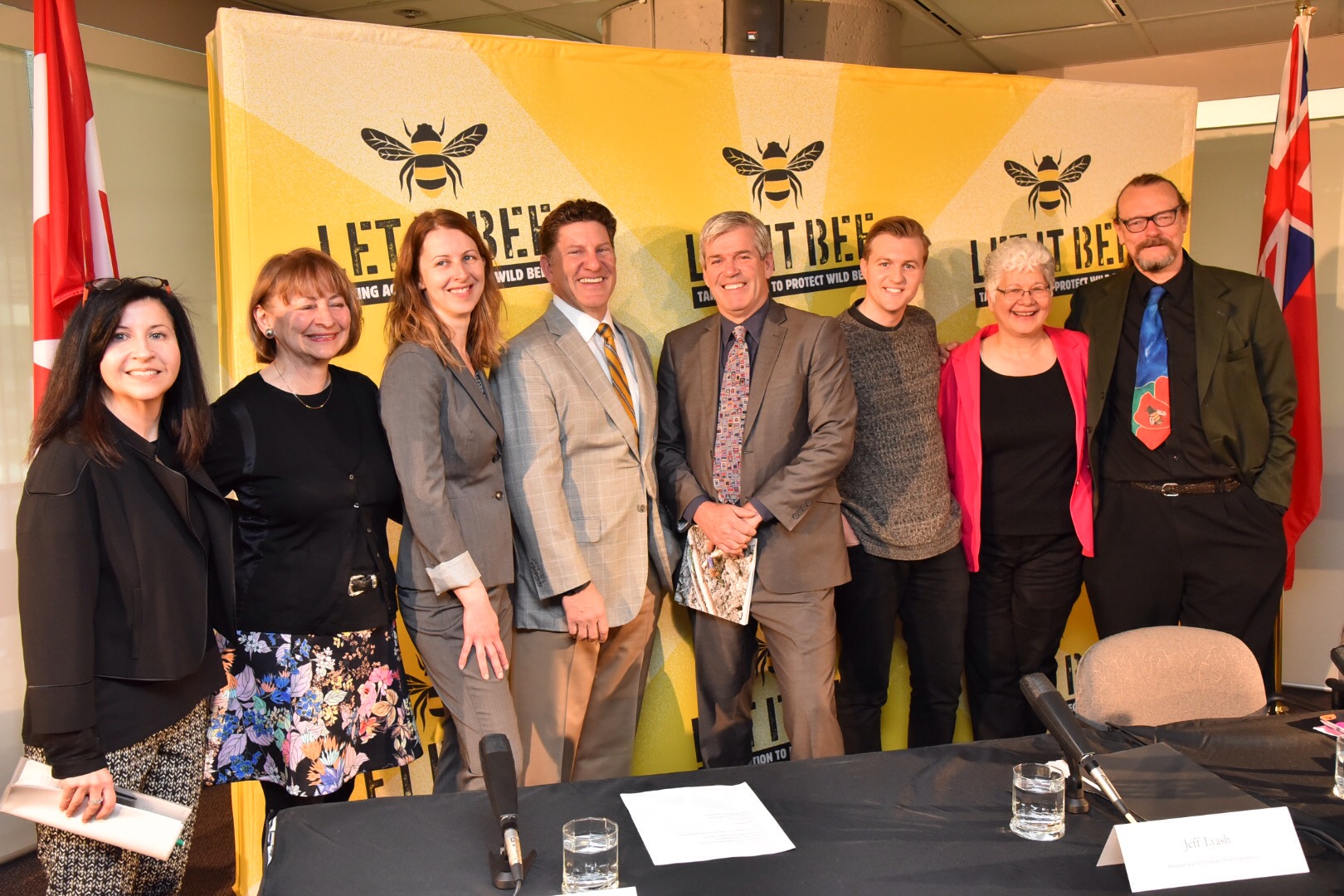 May 5, 2016 (Toronto, Ontario) In response to global concerns about declines in pollinator biodiversity, Friends of the Earth, with the support of Ontario Power Generation, is launching its “Let It Bee” campaign.

More than two-thirds of the food crops we depend on benefit from pollination by native bees, honey bees and other pollinators.

“Let It Bee” is among the most ambitious public outreach campaigns in Friends of the Earth’s forty year history. Stage One of the campaign calls for dramatic changes in commercial landscaping and domestic gardening and lays out the top actions to take. The campaign starts in Ontario where some of the most severe habitat loss has taken place and rolls out over May to July.

“We must act now to protect the diversity of wild bees “nature designed distinct roles for each wild bee species to play in pollinating plants and we need them all. But they’re up against big stresses like habitat loss, climate change, pesticides and diseases,” says Beatrice Olivastri, CEO, Friends of the Earth Canada. “Habitat loss is just as critical in cities and towns as in the countryside. It’s time to dramatically change how we garden and landscape to make sure we protect, not kill off, wild native bees.

The Rusty-patched bumble bee, once abundant in southern Ontario is now almost extinct and officially designated as endangered. Six more bees have declined to such an extent that scientists have advised the federal Minister of Environment to take steps to protect them. There are over 800 confirmed species of wild native bees in Canada with little proper monitoring.

It’s a worrisome situation. Canada has three areas called “biodiversity hotspots” with the greatest diversity of bee species. Southern Ontario is in one of these hotspots. These same areas are also those with the most significant habitat loss and intensive agricultural production.

Canada has some of the top wild bee scientists in the world. “Wild bees are crucial for food crops and flowers but also beautiful to behold,” says Professor Laurence Packer at York University. “Their dramatic decline can only be reversed if we take steps to radically change how we farm, landscape and garden. And, we need to learn more about our wild bees. Few people can actually recognize wild bees even though there may be up to 50 species in a typical backyard.”

“OPG has a long history of biodiversity protection and education. We invest in habitat protection and restoration at all of our sites and in strategic locations across Ontario,” says Jeff Lyash, President & CEO of Ontario Power Generation. “Our new partnership with Friends of the Earth Canada is a natural fit, particularly since they are championing one of nature’s smallest but most valuable workers “the native bee.”

Stage Two of the campaign will roll out in June to make sure we get better census data for wild bees: the first annual Great Canadian Bumble Bee Count will occur between June 1 to July 15, 2016.

With the dramatic loss of wild habitat for native bees, Friends of the Earth says it’s up to citizens in cities and towns to rally to the cause to save wild bees.

Media: For more information, or to schedule interviews, please contact:

Arthur Potts, MPP Beaches-East York “I am delighted to take the 'Let it Bee" pledge to help bring awareness to bee-diversity in Ontario. ‎At my constituency office and at home I am now especially aware to plant pollinator friendly flowers to help our local bees thrive.”

Donna Dasko “Growing up on the prairies, I was fascinated by the endless fields of blossoms and bees. Only recently did I learn how essential the wild bee population is to sustaining our environment and food sources. I am excited about working with Friends of the Earth to create a beautiful home and larder for wild bees.”