Wire Stories > Friends of the Earth Canada  > Good news for Canadian bees, o...   > You Are Here

Good news for Canadian bees, other pollinators and gardeners Major garden centres shut down use of neonic pesticides

(June 12, 2019, OTTAWA) - A Friends of the Earth Canada survey has revealed a major victory for bees and pollinators. Canada’s big box stores are reporting they have almost eliminated the sale of neonicotinoid-contaminated flowering plants.

Friends of the Earth Canada has spent the last five years testing flowering plants from garden centres across Canada for bee-toxic neonicotinoid pesticides. Neonics are systemic pesticides that are taken up by the whole plant and contaminate the nectar and pollen which is so important to native bees, honey bees and other pollinators.

“In the context of our long-term flower testing and the results of this year’s survey, we have real cause to celebrate Pollinator Week (June 17-24) this year,” said Beatrice Olivastri, CEO, Friends of the Earth Canada.

“Saving the bees is important to Canadians.  We’re very pleased to congratulate Home Depot and Lowes (including RONA), Sheridan Nurseries and Canadian Tire for their leadership in responding to consumers’ deep concerns about neonic-contamination of flowering plants,” says Ms. Olivastri.

Home Hardware reports 100% neonic-free products from its distribution centres, but Friends of the Earth notes that many Home Hardware stores host local nurseries and it is not clear that their plants are neonic-free.

Both Costco and Walmart report progress in removing neonics on their websites, but are not reporting on Canadian-specific markets.

Loblaw, with the largest number of outlets - some 2500 in Canada - is recycling its 2016 statement saying that since 2014 it has been “developing a plan”.

Empire Company, which owns Sobey, IGA, Safeway and other stores, has not responded to Friends of the Earth.

In Ontario, Sheridan Nurseries continues to report plants and seeds as neonic-free, but there is no response from Atlantic Canada’s Kent Chain, Quebec’s Botanix Garden Centres or BC’s Art Knapp Plantland. Friends of the Earth hopes they will respond soon.

“We asked gardeners to insist on neonic-free plants to protect bees - in response to consumer demand, garden centres have moved in advance of government regulations to shut down neonic use,” says Ms. Olivastri. We hope gardeners will keep demanding neonic-free flowers when they shop for plants.

The federal government has announced a phase-out of these pesticides for use with most ornamental plants including herbs such as lavender and rosemary but in two years’ time.
It has refused to take action on field crops and grain, which means millions of hectares of agricultural land are contaminated every year. 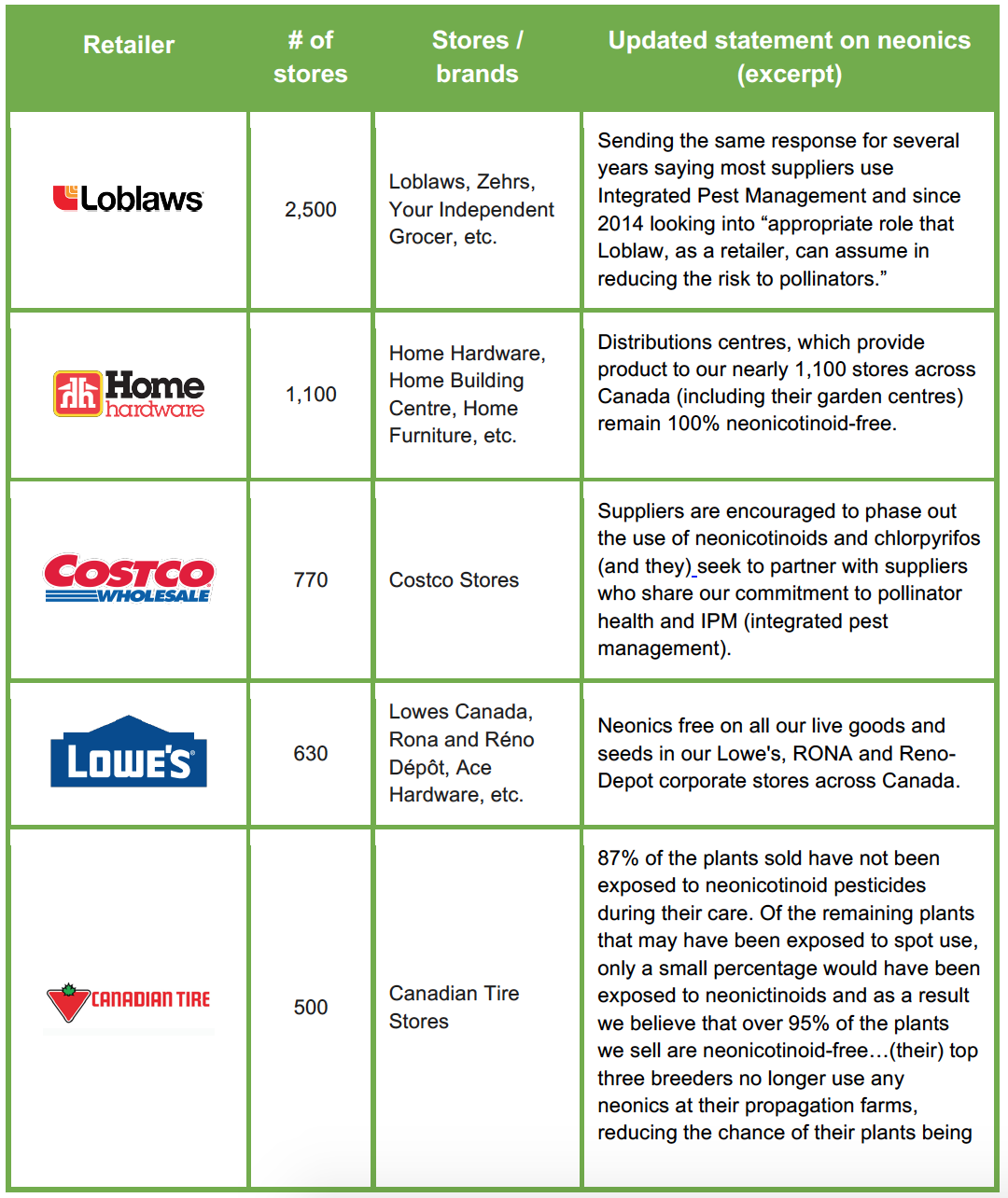 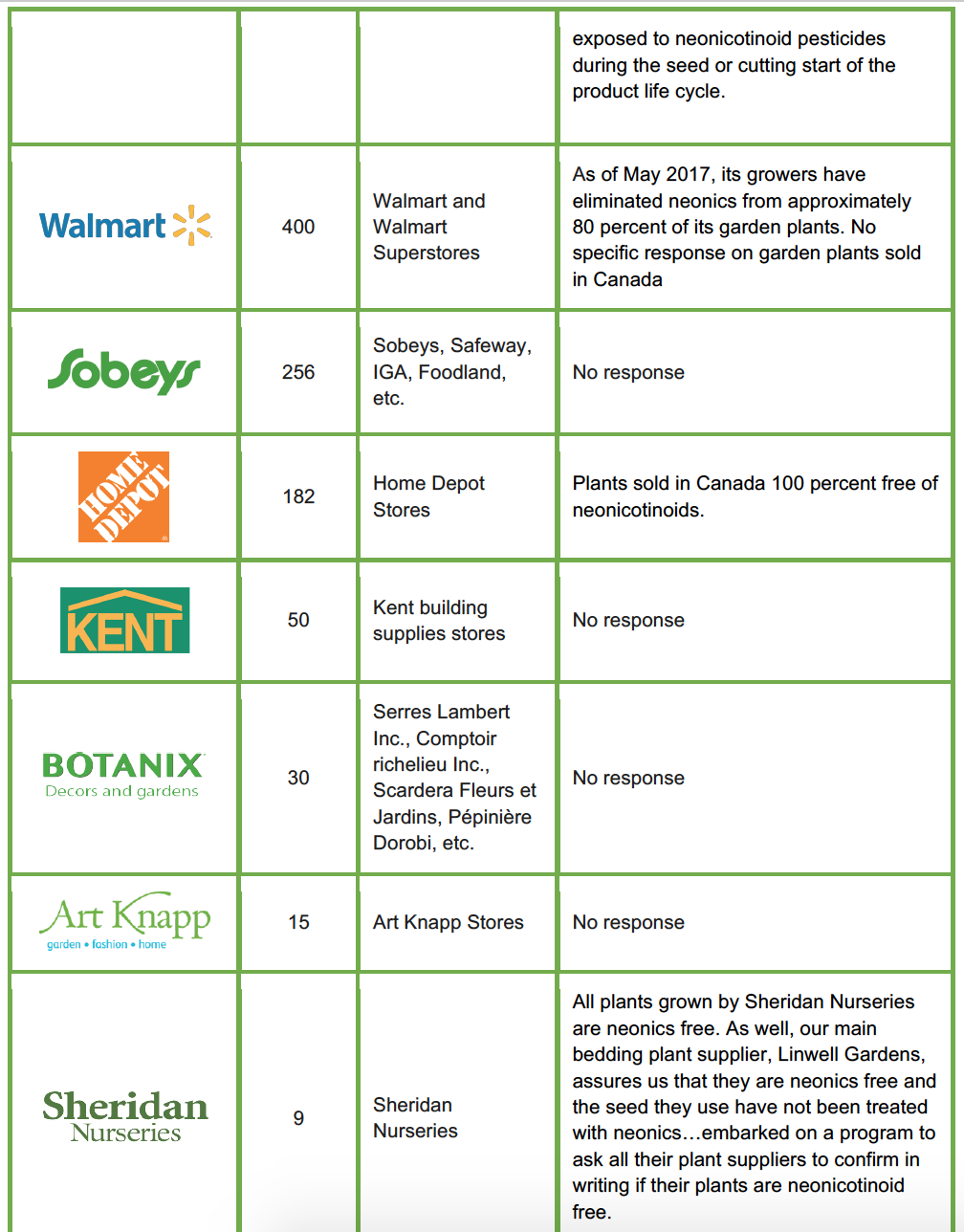